Trainers, it has finally happened… PokéStop Nominations and Niantic Wayfarer are BOTH live for Level 40 Trainers globally!

For over a year, the PokéStop Nomination System existed as a beta test in certain countries. Wayfarer has also been in beta testing for about the past month.

At last, Niantic has found that NOW is the time for both features to go live globally! Let’s take a look at these two new features, which will certainly have a significant impact on your future Pokémon GO experience! For the original announcement, visit the Pokémon GO live blog.

PokéStops are your most valuable resource in Pokémon GO, as it will provide you with lots of different and very useful items that are key in order to keep playing the game.

Since September 2018, a beta release went live in Brazil and South-Korea, and, since then, a plethora of countries have been granted access to the PokéStop Nomination System. Now the feature is live globally for Level 40 players, how about we take a look at how you can submit a PokéStop Nomination, right?

Whether you’re already Level 40 or not, with this guide, you’ll be prepared to submit your very own PokéStops!

How To Submit a PokéStop Nomination?

Niantic Wayfarer is the recently announced feature built upon the old OPR (Operation Portal Recon) system. With it, players of Niantic’s AR-games can review so-called ‘Wayspots.’ These are real-life places that function as PokéStops/Gyms in Pokémon GO, Portals in Ingress, and Inns/Greenhouses/Fortresses in Wizards Unite.

Curious how it works? None other than PeloPoGO, one of the most talented and famous AR-photographers today, talked to us about the feature and how it works.

Based in Mexico, he had access to the beta test and has been reviewing A LOT of Wayspots ever since. Let’s take a closer look at Niantic Wayfarer!

How Does Niantic Wayfarer Work?

Features related to Niantic Wayfarer are accessible for certain experienced players of Niantic games. Whether you can submit a suggested Wayspot edit, submit a Wayspot nomination, or review nominations and edits is determined by the level of your account in Pokémon GO and/or Ingress Prime. The current access requirements for these features are listed below.

Please note that these access requirements are subject to change, so keep an eye on our official channels for updates.

Players can submit suggested edits to existing Wayspots for review within Wayfarer:

Players can nominate new Wayspots for review and manage their nominations on the Wayfarer website:

Players can visit the Wayfarer website to review Wayspot nominations and edits. In addition to level requirements, players must also pass a quiz to show that they understand Niantic’s Wayspot acceptance criteria:

WHAT MAKES A GOOD WAYSPOT?

High-quality nominations are those that help users discover and enjoy their community, such as:

In addition to using the above acceptance criteria, we often add nominations that are a special nod to industries and networks that connect people around the world. These include:

If you come across any of the following, please reject it as an ineligible nomination by answering the “Should this be a Wayspot?” question with a 1-star rating:

Please give a 1 star if the nomination has the following issues:

You will be asked various questions about a nomination and will answer by rating on a scale of one to five stars. In general, use the following guidelines when deciding how to vote:

When you answer “Should this be a Wayspot?” with a 1-star rating, you will not be required to answer the other questions and can move to the next nomination.

TO RATE THE ACCURACY OF THE LOCATION 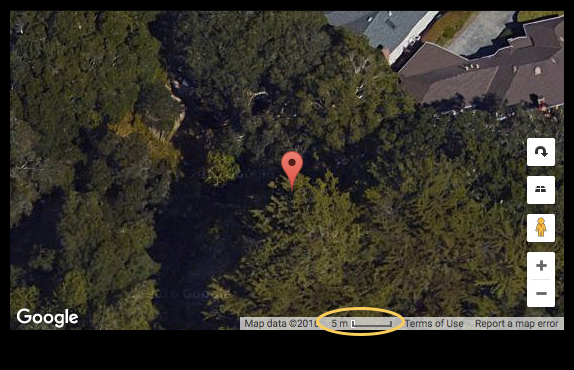 TO RATE THE ACCESSIBILITY OF THE REAL-WORLD LOCATION

If the real-world location of the nomination cannot be confirmed to have safe pedestrian access (e.g., on a roundabout or on the side of the road with no sidewalk access), rate 1 star for the “Can it be safely accessed?” question. 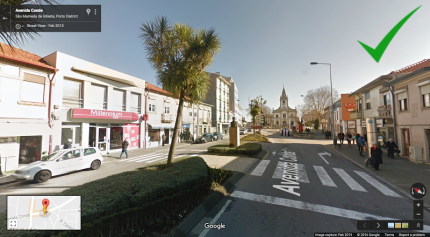 Example 1: There is a crosswalk leading up to the object and an area next to the object for players to stand. This nomination gets 5 stars for the question “Can it be safely accessed?” 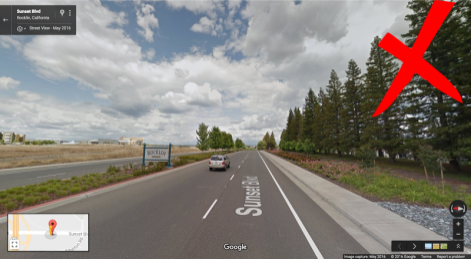 Example 2: There is no pedestrian access to the real-world location of the nomination. Mark this a 1 star for the question “Can it be safely accessed?”

At times, you might come across a nomination that is a duplicate of a live Wayspot. In these cases, follow these steps to look for and mark as a duplicate. 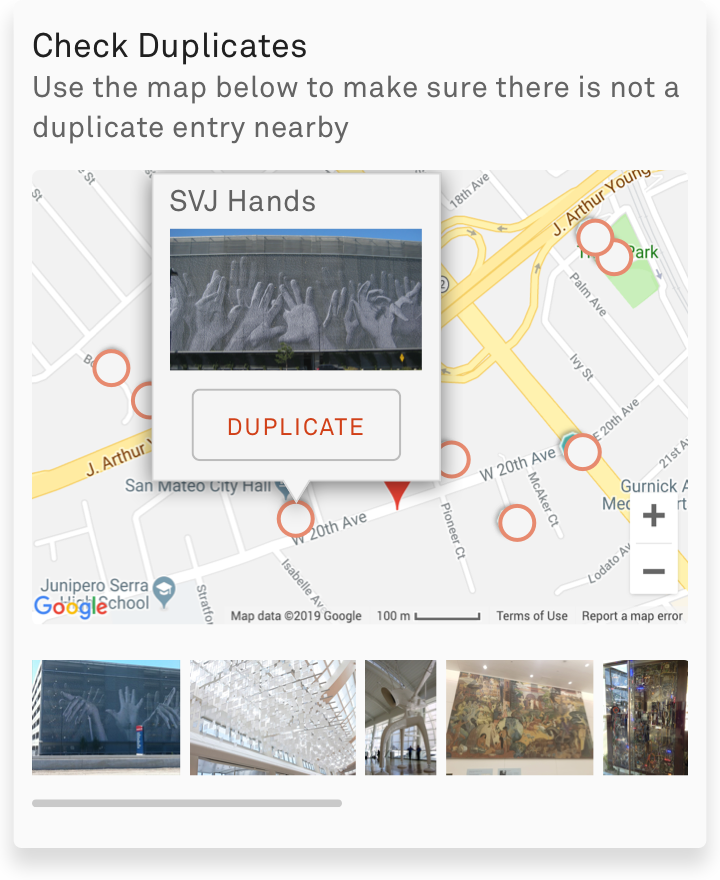 The Check Duplicates section will display a list of live Wayspots in the real-world area around the nomination. Scan through the photos and if you find a live Wayspot for the nomination you are reviewing, follow these steps:

WHAT’S IN IT FOR YOU?

Phew! That’s a lot of information to take in, and it sure looks complicated and much work at first sight! Well, brace yourselves, it isn’t. But still, it takes some effort and time, and you give a lot back to the community, so what can you expect as a reward? This is where the ‘Prestige System’ comes in.

On your Niantic Wayfarer profile screen, you’ll see a circle formed progress bar, accompanied by a list of how many: Depending on how many Wayspots you review, and the quality of your reviews, you’ll make progress on your profile. Every time you ‘level up,’ you receive an Upgrade. These upgrades can be used to push your Nominations to the top of the list for other Wayfarer reviewers. For now, we do not know the limitation on receiving an Upgrade.

I want to give a huge shoutout to PeloPoGO, who helped me out with this article by providing a personal, in-depth explanation of Wayfarer when it was just live in Mexico. You can get his explanation too! He talked about it in the following podcasts:

If you want to get to know Pelo better, check out the Creator Bio we created for him!

Wowzah, that was a huge chunk of info! Are you excited about PokéStop Nominations and Niantic Wayfarer being live (we all know you are, of course)? Let us know on Twitter or in the comments below! We hope this guide will help you in your future adventures. Happy exploring, and as always, stay safe Trainers.